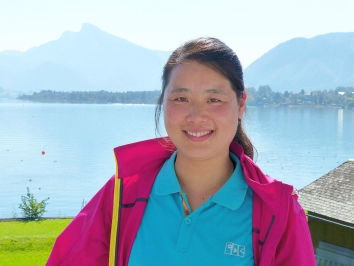 at the Research Department for Limnology, Mondsee of the Leopold-Franzens-University Innsbruck (LFUI) in the research group ‘Ecology and Taxonomy of planktonic Ciliates’

involved in the project Co-occurrence networks in aquatic food webs: ciliates as models

2013 – 2015: Postdoctoral Research Associate at the Nanjing Institute of Geography and Limnology, Chinese Academy of Science (Group of Dr. Chen Yuwei)

2012: Ph.D. degree in Environmental Science and Engineering at the China University of Mining and Technology

2008: Masters degree in Environmental Science and Engineering at the Nanjing Institute of Geography and Limnology, Chinese Academy of Science

2005: Bachelor’s degree in Resources Environment and the Management of Urban and Rural Planning at the Xuzhou Normal University

Qian K, Wang L, Chen Y (2009) The production of organic carbon by phytoplankton in Lake Taihu and its influence factors. Journal of Lake Sciences 21: 834-838 (in Chinese with English abstract).

Distribution and succession of the periphytic algae during the conversion between lake and river of river-communicating lake (PI), National Natural Science Foundation of China (31600345)